We just installed Archer v6.9 SP1 in a new environment with a database "converted" from an older Archer instance. The Archer v6.9 UI is really slow; maybe 2x to 3x slower than older v6.7 instance. Since the new database was converted to MSSQL 2019 from the older instance on MSSQL 2012 , I suspect the culprit in the response time lag MAY be the new database. Something I would like to show.

But I work in a  large organization with separate teams of DBAs, Sys Admins, and me...a developer. It is hard to prove anything in terms of what is causing the Archer v6.9 UI to lag just being a developer.

What I need help with is some SQL (select only) that I can run  in a tool like SQLDeveloper against the Archer databases (new and old) so can compare response times.  I am just trying to hopefully demonstrate to our DBAs that this SQL ran in X msecs on the old database but now runs on the database it runs in X+ msecs.

I realize this could be a total failure if there are no differences in response time of the SQL. But I got to try.

OK, the slow response time on the Archer V6.9 SP1 instance has been solved. The problem revolved around initially using a URL in Advanced Workflow configuration setting (Archer Control Panel, Installation tab ) that was using SSL certificates (HTTPS).  The problem was explained to me, but was frankly over-my-head, but apparently setting up and getting working SSL certificates on VMs using AD and CNAMES is not as straight forward as you would think.

So, we changed the URL back to a HTTP path and response time is back to normal and are users are happy again. But we still have to get through Cyber. They were the ones "recommending" the use of SSL certificates inside the Archer configuration.  We will see what happens next scan cycle. I anticipate a meeting or two.

Thanks for all the help.

Steve, you could load the browser developer tools and go to the network tab and observe the load times for the specific items to see which are taking a long time to load.

The other think to take a look at is how big some of the tables are in Archer specifically the history log and messaging ones.  That you can find out via the configuration report in the Archer Control Panel.

If not, the file can be found in \Program Files\RSA Archer\Tool\jobDeployScript.sql and run it against the instance database.

Contributor
In response to DavidPetty
Jump to solution

Thanks for the response.

I sent an email to our sys admins and DBAs asking it these Archer jobs are running. I cannot see them myself or I do not know how to check if they are working . See what they say. May take a while. I do not think Archer is high priority on their task list at the moment.

Make sure the MDOP is to 1 for the Archer instance database.

Contributor
In response to DavidPetty
Jump to solution

Heard back from our sys admins/DBAs, they said these jobs are running but they are checking when they runs and how often.

Contributor
In response to Mahe_Ganesan
Jump to solution

I sent this issue to our sys admins/DBAs. See what they say. BTW, what does MDOP mean?

I checked the RSA Control panel and compared all the entries from the previous V6.7 P8 install and new V6.9 SP1 instance. They are identical except the URL for the advanced workflows (installation tab) was changed from HTTP:// localhost to HTTPS://computername:8443 so they could use certs. A requirement from Cyber I would imagine.

One my colleagues mentioned that Archer stores a lot of history and that it may be negatively impacting response time if it gets too big. Since this a development v6.9 SP1 database we asked our DBAs to prune the Archer history tables. See what happens.

Moderator
In response to SteveDavis
Jump to solution

MDOP stands Max Degrees Of Parallelism, and is a SQL Server database setting. For more info, check out this KB Article: https://community.rsa.com/t5/archer-knowledge-base/how-to-set-sql-server-max-degree-of-parallelism-m... 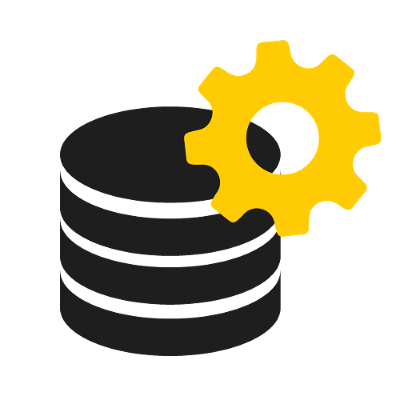 I would make sure that the database compatibility level has been changed from 2012 to 2019.

The other items do impact performance but it would be useful to have particular database calls that are slow. Updating indexes or changing max dop settings will force rebuilding query plans. This may provide temporary improvement but frequently the performance problem returns.

Contributor
In response to DougSwarts
Jump to solution

Our sys admins/DBAs are rebuilding the databases indexes as I am writing this. They also are doing something with the advance workflow configuration. I not sure what they are doing. Maybe changing it back to http://localhost from https:// and certs. We will see.

Also, I have asked our DBAs to clear out the logs stored in the database. I was told those can hinder performance once they get over a 100K.  I am not sure that is good info or not. 100K is kind of small in terms of enterprise database compacity.