Find answers to your questions and identify resolutions for known issues with knowledge base articles written by Archer experts.

RSA Archer users are experiencing slowness when navigating web interface and/or Archer jobs are running for long periods of time.

RSA recommends setting the Max Degree of Parallelism to 1 for the Archer databases.

Standardizing MAXDOP value for an application
To make best use of this feature, it is very important to understand the underlying factors that contribute towards SQL Server operation under any recommended infrastructure/platform.

MAXDOP value does not necessarily mean the total number of parallel threads that are executed by SQL Engine at any point in time, instead, it applies to the number of parallel threads per SQL operator (for example, Index Seek, Nested Loops, Compute Scalar, …and so on). The total number of concurrent threads can ultimately exceed the MAXDOP value specified. As best practice SQL Server recommends using the number of logical processors as the MAXDOP value, hence, there is resilience in operation as each processor handles thread in parallel.
While benchmarking the value, it is equally important to assess the risk involved in introducing parallelism to any application. Splitting of queries can also have an adverse impact on the entire system. Additional workload on CPU can cause resource contention on the DISK IO subsystem. SQL Server holds lock when multiple threads concurrently access the same table, thereby resulting in higher CXPACKET waits. Due to these SQL blocks, timeouts and deadlocks appear on the server degrading the overall performance.

How to view MAXDOP via 3 different methods 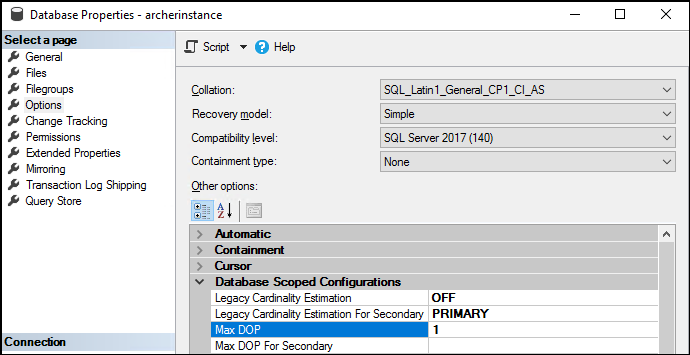 Type of MAXDOP configuration and its significance.

As per current Archer DB schema, there are 20 stored procedures which explicitly uses SQL Hint and enforces serial plan execution overriding any level of parallelism configured. 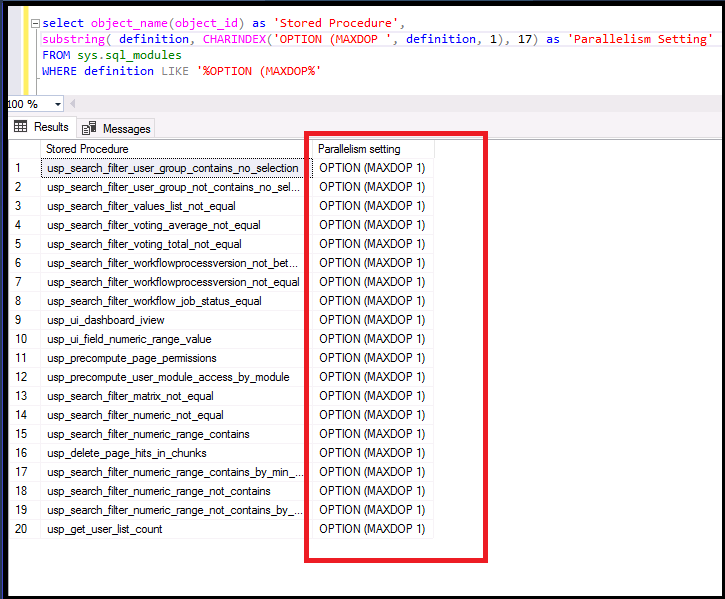 Command to set the parameter
Tags (56)
0 Likes
Was this article helpful? Yes No
Share
No ratings