This website uses cookies. By clicking Accept, you consent to the use of cookies. Click Here to learn more about how we use cookies.
Accept
Reject
Sign In Register Now
Turn on suggestions
Auto-suggest helps you quickly narrow down your search results by suggesting possible matches as you type.
Showing results for
Search instead for
Did you mean:

Drive innovation and crowdsource improvement by submitting enhancement requests for the community.

Create a Bug Tracking version of the Idea Exchange

Support is telling me that they are unable to classify issues as bugs. Everything is an enhancement request and enhancement requests need to be logged through the exchange. If that's the new process, I'd like to see the exchange split into true enhancements and bug fix requests. Then we could search all bug fix requests ourselves when troubleshooting issues and up-vote the bugs that are most painful to us so that its clear which need to be fixed first. Workarounds could also be added to the comments for the next person who searches the issue. Under this approach we wouldn't have to weed through true enhancement requests and bug fixes wouldn't have to compete for votes against true functionality enhancements.

I think this article does a good job of explaining why this matters:  Brad Appleton's ACME Blog: Bugs versus Enhancements 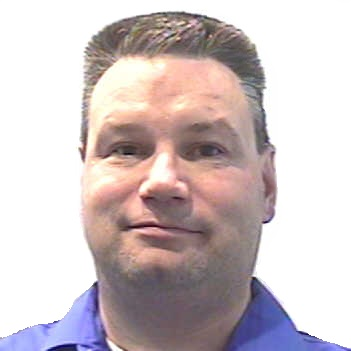 My understanding is bugs should be support requests not enhancement requests.  Support requests confirmed as bugs get IDs assigned "ARCHER-xxxx" that can be referenced in release notes.  When we are given bug ID we enter it into our request tracker then check release notes to see when/if fixed.

Does the launch of the new Engineering Requests portal solve this problem?

This is great step, support engineer showed us this morning.  Lets us easily monitor issues we have submitted.

Hi Scott, Sorry I just saw this. I'm not sure that this is the solution as engineering requests are only opened when support will admit that something is a bug. I had a scenario a few years back where Archer spawned 26 million calculations from a single data import in order to update 7,000 records. It clogged up my system for days until I finally deleted all of the duplicate calc jobs via direct SQL. When I explained the situation to support and asked them to log it as a bug to be fixed, they said that everything was working as designed and I should submit an enhancement request if I'd like things to function differently. If I remember correctly, when I originally posted this idea, I had just spoken to support and been told that the idea of bugs had been done away with and everything was now enhancement requests. In my mind, enhancements are things where we'd like to see new functionality. Bugs are things where the existing functionality isn't working properly. I get it that there can be a gray area between user expectations vs engineering expectations. And sometimes a thing can look like poor design to one person and look like solid design but limited feature set to someone else. But resolving that ambiguity by eliminating the concept of bugs doesn't seem like the solution. That said, I suspect that this isn't even an issue anymore. I work very rarely with support anymore, but the last time I read the platform release notes, I saw that there were separate sections for bug fixes and enhancements and there was a dedicated spot for known issues. So my guess is that the idea of doing away with bugs was a short lived experiment.

Administrator
Status changed to: Under Review