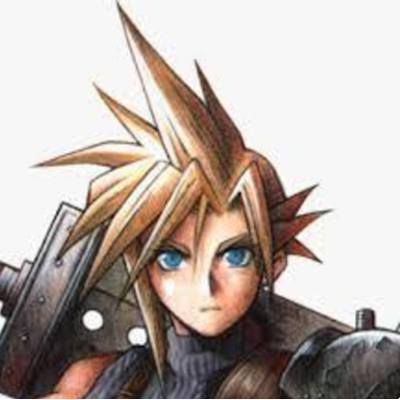 In order to defend their network effectively, analysts need to understand the threat landscape, and more specifically how individual threats present themselves in their tools. With that in mind, I started researching common Remote Access Trojans/Tools (RAT) that are publicly available for anyone to use. This will walk you through Gh0st RAT (https://attack.mitre.org/software/S0032/), its footprint, and how the RSA tools help you detect its presence from both the endpoint and packet perspective.

Just like any malware, a Gh0st infection will consist of some sort of delivery mechanism. Most mature SOCs with mature tools should get an alert on either its delivery (using common methods such as phishing, drive-by download, etc) or subsequent presence on an endpoint. However, let’s assume that it does not get detected, and as an analyst you are proactively hunting in your environment.  How would you go about detecting the presence of such a Trojan?

Gh0st is a very well-documented RAT but you’ll find a quick overview of some of the functionality and way it was configured for testing purposes below.  Also, I will show you how our tools can help identify Gh0st.  The Gh0st server component is a standalone portable executable (PE) file, which gives you a simple interface when executed.  Once executed, the server component is used not only to control infected systems, but also used to configure the client component that is delivered to victims.

The build tab that is used to configure the client executable had some default HTTP settings, which I changed to use “gh0st[.]com” for simplicity.  I also created an entry in DNS for this domain to point to our command and control (C2) server.

You can also see that the Build tab contains options for the service display name and description.  After I created the malicious client component sample, I crafted an email using Outlook Web Access on Exchange and sent it to the victim.

The victim setup had Windows 10 installed using all default settings.  Once the user received the email, I was surprised to learn that this wasn’t flagged by local Antivirus or any other tools.    Even after I executed the PE file, it was not flagged as malicious.  It installed the service as seen here but there was no initial identification and no “alarms” were raised.

The malware executed fine, and I could see the connection through the Gh0st Dashboard on the server component.

From here, I used some of the built-in features of Gh0st to control and interact with the endpoint.  Here are some of those features:

I first opened a “Remote Shell” which basically just gives you a command prompt with System level permissions.

Next, I modified the registry to allow for cleartext credential storage in memory. I then copied procdump over to the machine using the “File Manager” feature, and then I used procdump to dump the lsass.exe memory into a .dmp file.  I finally copied that .dmp file back over to my C2 server.  This a common technique for getting credentials out of memory in cleartext.  The attacker can use these credentials to access other parts of the network.

Prior to performing any of the aforementioned steps, I installed RSA NetWitness Endpoint on the victim and created a baseline of the IIOCs.  This was also prior to performing any additional interaction with the hosts.  These IIOCs were coming from multiple machines since I had Windows 10 and Windows 7 victims with agents installed.  There was only one level 1 IIOC and not much else going on.

Once the email was opened and the file was clicked, there were some additional IIOCs that fired including:

These are all great indicators for hunting and that should be checked daily, the results triaged, and appropriate measures taken for each hit.

Then I pivoted from those IIOCs and looked for the “invoice.exe” module in the tracking data.  This showed me the “FastUserSwitchingCapability” service being created.

Also, this is where the net user commands were found.

Once the registry change for cleartext credential storage was executed, the IIOC for that fired as seen here.

So, going back to the service we can see that it created an Autorun entry and gave it a high IIOC score.

It’s was also listed in the modules.

Here’s how things look in RSA NetWitness Endpoint 11.3.  First here is the baseline IOC, BOC, EOC, and File Analysis meta fields after the agent has been installed.

This is the risk score for the host which is based on the windows firewall being disabled.

After I executed the dropper there was some additional meta generated including:

We can also see this alert for “Autorun Unsigned Servicedlls” which is related to the “autorun unsigned servicedll” meta in the Navigate view.

Next, I opened up a remote shell using the Gh0st dashboard and executed some basic reconnaissance commands (whoami, net user /domain, etc) just like in RSA NetWitness Endpoint 4.4.

Also, going back to look at the navigate view, there was some additional meta generated for these commands.

While there are obviously various detection capabilities for identification of delivery of the gh0st executable, the purpose of this post is to discuss presence of the gh0st RAT once a system is infected.  As such, the RSA NetWitness Packets (NWP) Gh0st parser detected the presence of the Gh0st trojan, based on the communications between the gh0st server and client. Just by looking in the “Indicators of Compromise” the Gh0st traffic is listed there.  With just one click I was able to find the C2 activity using RSA NetWitness Platform packet data.

As mentioned earlier, one of the benefits of doing this is that when we identify gaps, we work with people like William Motley in our content team to create appropriate content.  Initially the parser wasn’t detecting this specific gh0st activity but that has been fixed. An updated parser is now available in RSA NetWitness Live.

Here we can see some of the Gh0st C2 traffic that generates the IOC meta mentioned before.

Also here is the HTTP traffic which is  heart beat callout to check and make sure it’s still connected.  It does this HTTP get request about every two minutes and only the string “Gh0st” is returned.

Even without this parser, Gh0st C2 traffic can be found with as little as three pieces of metadata.  First, looking at service metadata labeled as ‘OTHER’ which can be a good place to start hunting because it’s network traffic that doesn’t have a known parser and/or doesn’t follow the RFCs for known protocols.  Then, in the IOC meta there was ‘binary indicator’ which can help limit the dataset.  Finally, in the analysis.service metadata the ‘unknown service over http port’ value stuck out.  Performing these three pivots from the full dataset found all of the gh0st traffic, including some additional traffic not seen previously.  That can be seen in the screenshot below under the Indicators of Compromise column.  There are IOCs showing gh0st but there are also some that only show the traffic as binary.

Gh0st is one of the simplest and easiest RATs to use.  The RSA NetWitness Platform had no trouble finding this activity.  Though this is a publicly available and commonly used RAT, it frequently goes unidentified by AV and other technologies, as referenced in my example.  This is where the power of regular threat hunting comes in, since it helps you detect unknown threats that your regular tools don’t necessarily pick up on. Some of these can be automated, as we did with the parser changes.

This means that, in the future, you no longer need to look for this specific threat but rather follow this process, which will hopefully lead you to newer unknown threats. Using the right tools coupled with the right methodology will help you better protect your network/organization, unfortunately not all of this can be fully automated and some of the automation will still require appropriate human triage.