The RSA Identity Governance & Lifecycle version 7.5 release introduces a new Local Role Hierarchy Import feature. This will allow you to now use a CSV file to Add or Remove Roles as role entitlements from other roles and significantly reduce previous manual efforts by optimizing role hierarchy/nesting. The parent roles must be a Local role in the application (Business, Technical, or Global Role types), while the child entitlement role can be a collected or local role.

The CSV file requires a header with the following values:

When the system processes the import CSV file the following constraints apply: 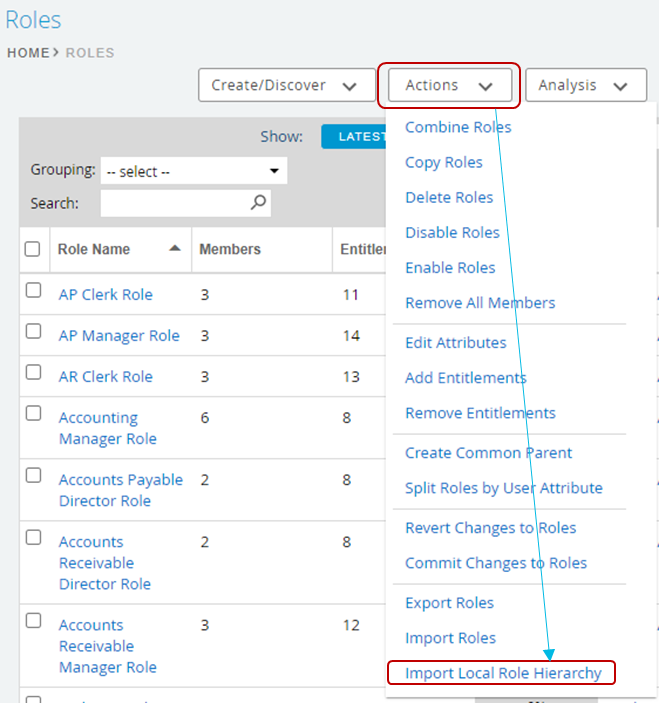