Do I Need a Verifiable Credential?

As described in our first blog post, Project Mercury is a suite of cloud-native services that simplify the use of verifiable credentials, allowing companies to reduce cost or risk while also enabling better experiences for their users. The next challenge is identifying when or where verifiable credentials can be most effective.  In fact, the most frequent question that we get asked is: How do I know if I need a verifiable credential?

Before answering this question, remember that verifiable credentials can be issued by anyone, about anything, and can be presented to and verified by everyone. The entity that generates the credential is called the Issuer. The credential is then given to the Holder who stores it for later use. The Holder can then prove something about themselves by presenting their credentials to a Verifier. 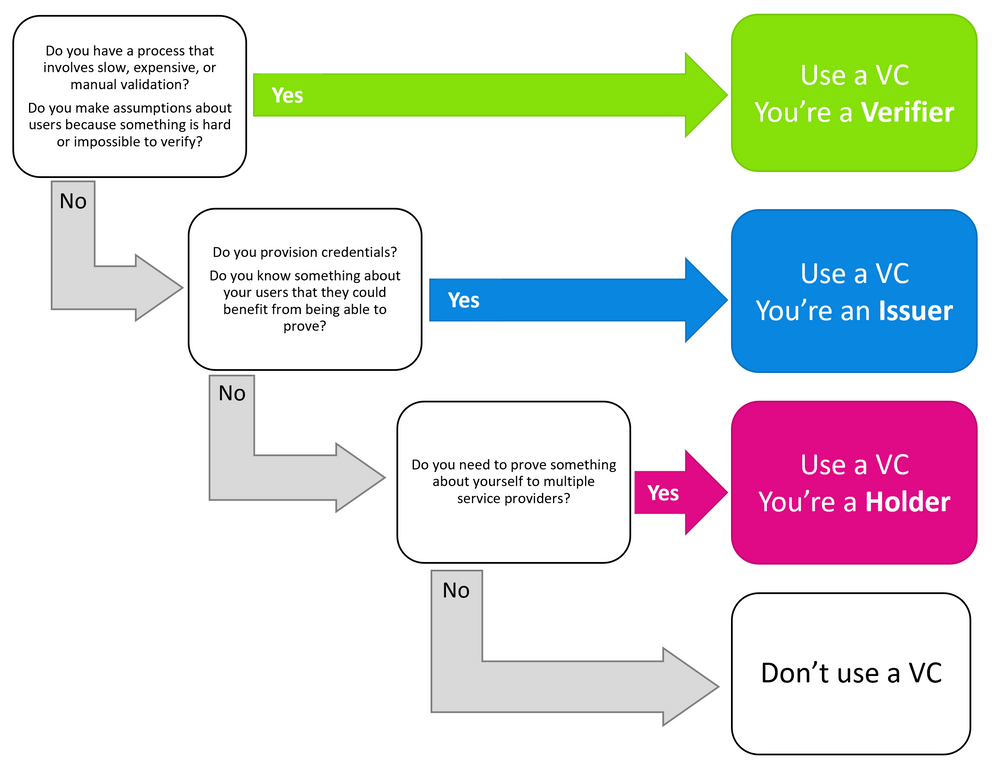 In most cases, businesses are usually either an Issuer or a Verifier. However, in closed ecosystems such as within a single enterprise, it's possible that you'd want to be both the Issuer and the Verifier. This approach can be useful in streamlining processes that span multiple departments/business-units. A common example of this would be a company that issues a verifiable credential attesting to their employment at the company. Other internal services then request proof of employment via a verifiable credential to gain access.

So what are the next steps? If you're interested in simply learning more about verifiable credentials, head over to https://verifiablecredential.io where you can dive into how they work and get your hands dirty in the interactive playground. If you're interested in becoming an Issuer or Verifier, please check out Project Mercury, which makes it fast and easy to do so.