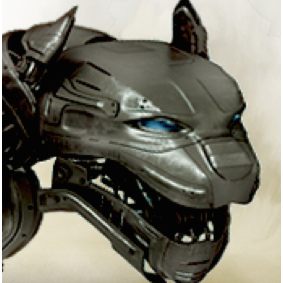 To round out our series explaining how to use the indicators from ASD & NSA's report for detecting web shells (Detect and prevent web shell malware | Cyber.gov.au ) with NetWitness, let's take a look at the endpoint focused indicators. If you missed the other posts, you can find them here:

To start with, the guide provides some YARA rules for static signature based analysis. However the guide then quickly moves on to say that this approach is unreliable as attackers can easily modify the web shells to avoid this type of detection. We couldn't agree more – YARA scanning is unlikely to yield many effective detections.

The guide then goes on to describe the potential benefits of using EDR tools like NetWitness Endpoint. EDR tools can be of great benefit to provide visibility into abnormal behaviour at a system level. As the paper notes:

Indeed - monitoring process and commands invoked by web server processes is a good way to detect the presence of web shells. When a web shell is first accessed by an attacker, they will commonly run a few commands to figure out what sort of access they have. Appendix F of the guide includes a list of Windows Executables to watch for being launched by web server processes like IIS w3wp.exe (reproduced below):

NetWitness endpoint provides OOTB monitoring for many of these processes, and produces meta data when execution is detected. The examples below shows some of the meta generated for the execution of cmd.exe, ipconfig.exe and whoami.exe from a web shell - the Behaviors of Compromise key shows values of interest:

An important detail to be wary of is that in many cases the web server process like w3wp.exe may not invoke the target executable directly. So simply running a query looking for filename.src = 'w3wp.exe' && filename.dst = 'ipconfig.exe' won’t work. In the example below, we can see that the web server process actually invokes a script in memory, which then invokes cmd.exe to run the desired tool ipconfig.exe, similarly for whoami.exe:

The event detail shows the chain of execution across the two events:

We can see the full meta data includes the command to run ipconfig.exe passed as a parameter between the two processes:

We can get a clearer picture of the relationship between these processes usng the NetWitness Endpoint process analyser, which shows the links between the processes:

NetWitness Endpoint generates a lot of insightful metadata to describe actions on a host. It is well worth reviewing the metadata generated and which meta keys it is placed under. There is a great documentation page with all the details here: RSA NetWitness Endpoint Application Rules

Of course, web shells don't only run on IIS! The same principles can be used for detecting web shells installed on Apache Tomcat and other web servers. Application rules in NetWitness Endpoint also look for command execution by other web server processes. Make sure you check your environment for your web server daemons and add them to the rules as well:

That’s it for this series where we’ve gone through the indicators published by ASD & NSA in their guide for detecting web shells and transcribed how to use them in NetWitness.While the indicators in the guide serve as a starting point, real life detection can get very complicated very quickly. As we stated in a previous post:

My colleague Hermes Bojaxhi‌ recently posted about another example involving web shells from one of our cases. He goes into great detail showing the exploitation of Exchange and the installation of a web shell: https://community.rsa.com/community/products/netwitness/blog/2020/03/24/exchange-exploit-case-study-...

Let me know in the comments below if you’ve used any of these techniques in your environment and what you've found - or let me know if there's anything else you'd like to see.