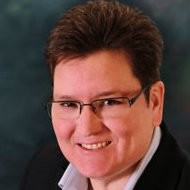 With industry experts predicting an extreme shortage of skilled workers in the cyber defense fields by 2022, the opportunity for women to enter the field is growing larger every day. Now is the perfect time for women to close the gender gap that exists in the cyber security world and fill roles that male counterparts cannot.  This would not be the first time in the history that women stepped up to fill necessary job functions.

Consider the jobs explosion during World War II when American military men shipped off to Europe to defeat the Germans. Women stepped in to fill critical factory roles to keep the war efforts equipped with everything from uniforms, to ammunition to planes. But it didn’t stop there, women filled multiple roles that kept the home fires burning strong, too. Women served in the armed forces, learned how to fix cars, worked in offices and farms. Many local economies remained active because women stepped into roles left vacant by men serving in the military. In 1944, nearly 38% of all American adult women were employed outside their homes and the female labor force grew by 50% overall.

Today, we are also at war, but the adversary is much different and perhaps more difficult. The modern adversary is smart and knows that cyber defenses worldwide are understaffed. Cyber thieves are banking on the fact that cyber jobs are going unfilled. The rate at which a hacker deploys a new scheme is nearly 4 times faster than a cyber defense worker can be deployed to thwart it. Currently, only 11% of cyber security workers are women so the opportunities for closing the gender gap is quite large. Remember last month when I noted that by 2022, an estimated 1.8 million jobs will be left unfilled? Imagine if those roes were filled with women entering the cyber work force either with college degrees or industry certifications in hand.

What can women bring to the cyber table? First, diversity. Bringing a woman’s perspective to the table brings different viewpoints of business, process and leadership. Diversity is simply good for business.  Cyber criminals have disparate backgrounds and experience, so the wider variety of people and experience we have defending our businesses and networks, the better the chances of success. Second, with a recent push at high school and college levels to bolster enrollment and break down gender stereotypes, women are entering STEM fields more than ever before. The pool of talent is growing deeper every day.

The same explosion of female workers we witnessed during World War II can happen again in the cyber world today. Wouldn’t it be great to see a 50% increase in female workers again? I think so.