Introducing the New SecurID™ App 3.0 for iOS® and Android™

It is 2021. Many employees are still working from home, where the security perimeter is at the far edge of IT's control. Each employee home office is now an office of one. You can no longer depend solely on centralized IT administration to secure access to company resources. Instead, you must ensure that individual employees are empowered to sufficiently support themselves as they continue accessing sensitive resources from the comfort of their homes. It is more crucial than ever now for employees to verify that they are who they say they are before gaining access.

Today, we are proud to announce the launch of the all new SecurID app for our iOS and Android users. As an update to the existing RSA SecurID Software Token app for iOS and Android, this app has been renamed and redesigned with your remote workforce in mind. What do these remote workers expect from their mobile apps? 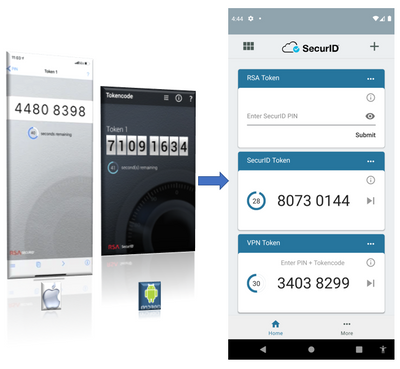 Simple. Each User Interface (UI) element in the SecurID app is purposely designed for the context in which it is displayed on screen. The all-new card-style interface encapsulates everything about the token from displaying the current One Time Passcode (OTP) to the actions needed to manage that particular token, reachable with the same fingertip. No need to search all over the app for a button to perform a simple task.  All you need is visible in plain sight.

Intuitive. Users do not want to search through Help guides to figure out how to do something. Truth be told, all they want to do with their authenticator app is to quickly authenticate for secure access. While the SecurID app interface itself is all-new, it is also familiar to anyone that has used smartphone apps since the birth of modern smartphones over a decade ago. Want to manage that token card? Just tap the "3-dotted" button at the top corner of that card. Have lots of tokens and want the most-used token on top? Just grab that card and drag it top the top. No hidden gestures to memorize. Using this app easily becomes second nature.

Accessible. The strength of your organization's security posture depends on ensuring that the security infrastructure works for all employees. The SecurID app design and development team worked hard to make the app accessible to all. With the VoiceOver for iOS and TalkBack for Android built-in accessibility features, every important UI element within the app can be read easily. Together with the Simple and Intuitive app design, we made sure every employee can verify that they are who they say they are, by themselves. This app works for everyone.

Administrators. For all the admins out there - we did not forget about you. This app is an update to the existing Token app. Auto-update enabled on your smartphone? Your users will get this app automatically. Will token import still work the same? Yes, it will. Can users perform the same actions with this new UI as they can with the old app? Yes, they can. Will their tokens still be there after updating? Yes, they will. Will the previous version of the Token app still be available in the app stores? No, it will not. Is this app update just like any other app updates on your smartphone? Yes, it is! We want all users to get this update and enjoy using it. As such, we made sure adoption to the updated app is as painless as possible for both users and their admins. We even kept the "Token" name to make sure your users can still find the app after it is automatically updated with the new app logo in the home screen. You are welcome.

No Users Left Behind

We hope you will love the updates we have made to the Token app. We worked really hard to make sure all Token users can easily authenticate with it and will not look back. Love our app? Leave us a positive review in the app store. Improvement suggestions? Let us know in an app store review too!

If I don't get the update will I continue to be able to use my older version?  Is there a point in time when using the old version will not work?  My phone seems unable to get updates any longer but I still need to be able to use the app.

Explorer
So, the update was great, now 3.0.1 autoinstalled and we're back with the old interface. Kind of confusing, isn't it? I guess there was a flaw, but your release notes should be explicit. They aren't... It's funny that the new SecurID icon shows up when switching from app to app, otherwise, the old icon is visible on the launcher.
0 Likes

still seeing the old icon on my Android.  when searching the playstore it shows that SecurID 2.8 is installed, and when click "open" it redirects to the old app. 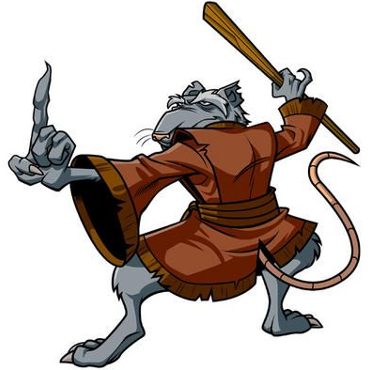 Completely unnecessary icon change. My users are all in a panic wondering why SecurID disappeared. Is a generic white icon with a generic cloud supposed to represent security somehow?

Why are some users still on the old icon and not getting the ew icon? Is this update global?