Browse the official SecurID Access Cloud Authentication Service documentation for helpful resources for the product, step-by-step instructions, and other valuable resources.
Turn on suggestions
Auto-suggest helps you quickly narrow down your search results by suggesting possible matches as you type.
Showing results for
Search instead for
Did you mean:
Versions
Collections
All Downloads

To reduce the footprint of the SecurID deployment in your on-premises network environment, you can deploy the identity router in the Amazon Web Services (AWS) cloud.

The following sections describe typical AWS deployments. Before setting up the identity router, refer to your AWS documentation and work with your network administrator to determine the appropriate deployment model to connect your organization's cloud-based and on-premises network resources.

In a full cloud deployment, all of your network resources are deployed in the VPC. A router in the VPC manages traffic between public and private subnets containing the identity router, identity sources, and optional resources such as SecurID Authentication Manager. The resources within the VPC communicate with the Cloud Authentication Service and protected web applications through an internet gateway. 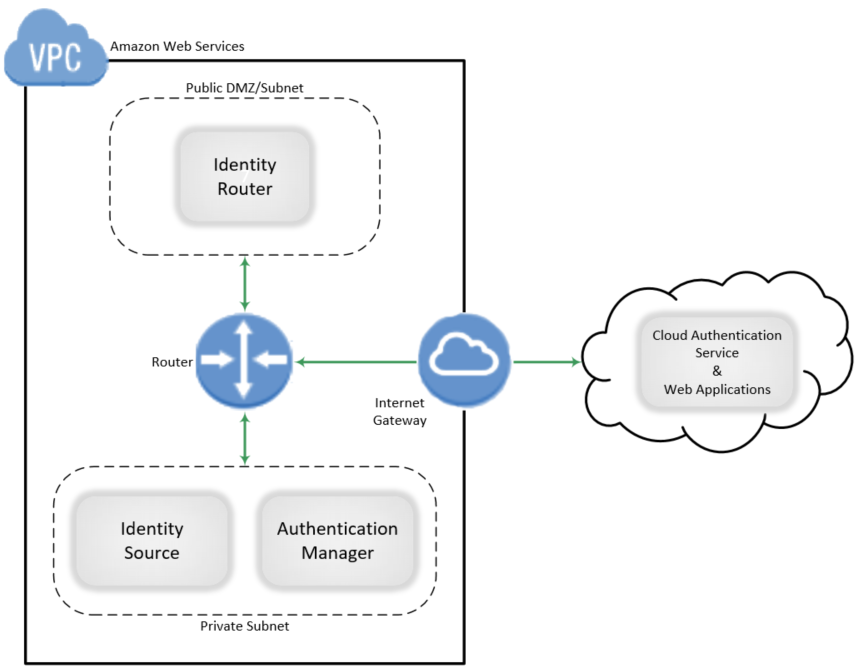 In a hybrid cloud deployment, the identity router is deployed in the VPC either alone or in addition to other cloud-based instances, but resources such as identity sources and SecurID Authentication Manager are hosted on your on-premises network and connected to the VPC through a VPN gateway or AWS Direct Connect. As in the full cloud deployment, a router in the VPC manages traffic between subnets, and the identity router contacts the Cloud Authentication Service and web applications through an internet gateway. 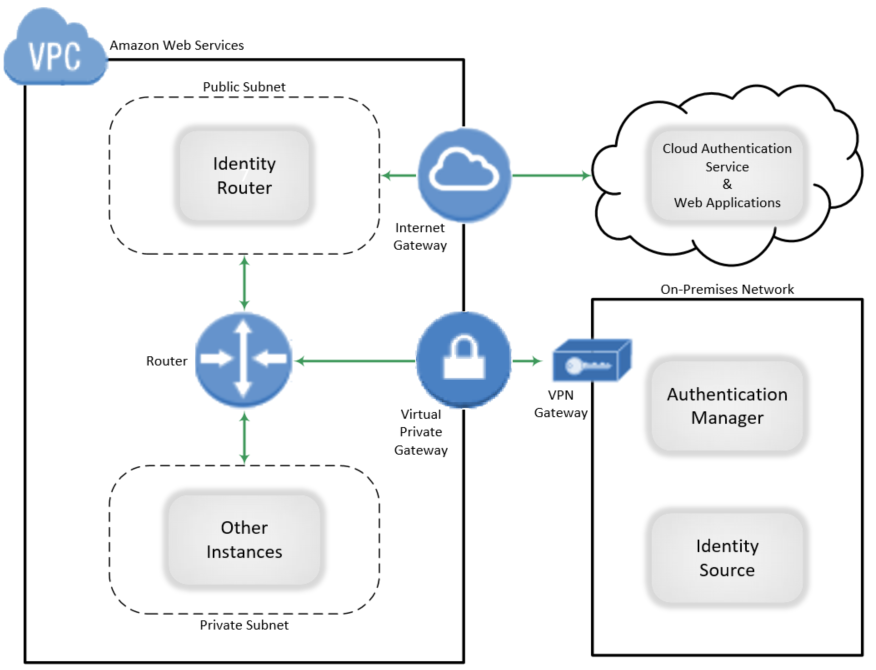 0 Likes
Was this article helpful? Yes No
Share
No ratings