Cisco ASA authenticates to the RSA Authentication Manager 8.x primary but not to the replica

There is a known problem with regards to the node secret and the Cisco ASA when using native SecurID authentication to an RSA Authentication Manager deployment.

From the Authentication Manager interface 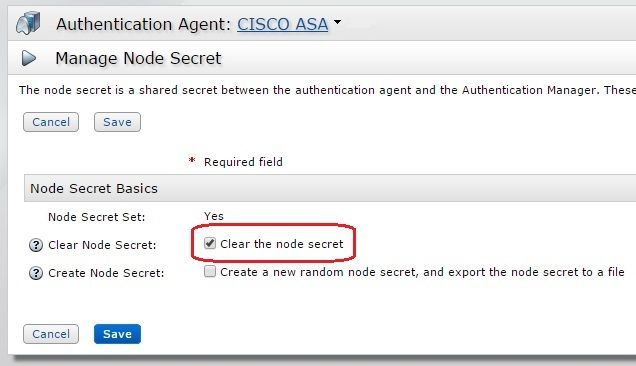 From the Cisco ASA

Clear any node secret file (n-n-n-n.SDI, where n-n-n-n is the IP address of the server) from the Cisco ASA flash drive (i. e., memory cache).  Refer to Cisco documentation on how to remove files from the flash drive.

At this point, neither the Authentication Manager deployment nor the Cisco ASA have a node secret.  The next successful authentication will reset the node secret on both devices.
Tags (63)
0 Likes
Was this article helpful? Yes No
Share
No ratings