Find answers to your questions and identify resolutions for known issues with knowledge base articles written by SecurID experts. 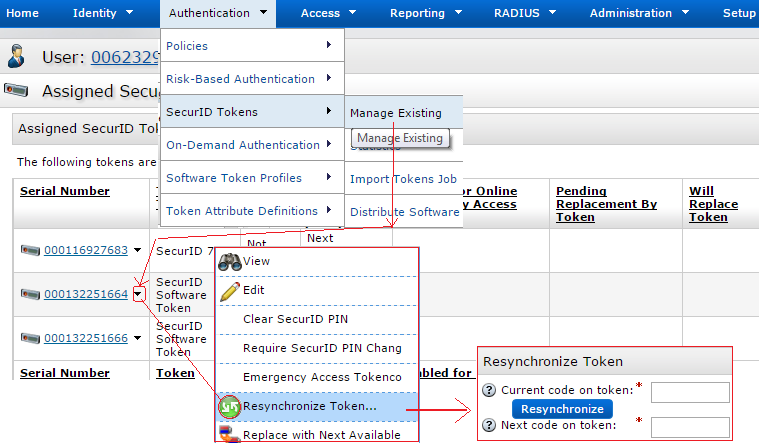 
In the screen shot below note that the following warning is issued:

Token selection criteria not specified.  All assigned tokens will be selected for issuance and that current software token users cannot authenticate until they update their tokens. 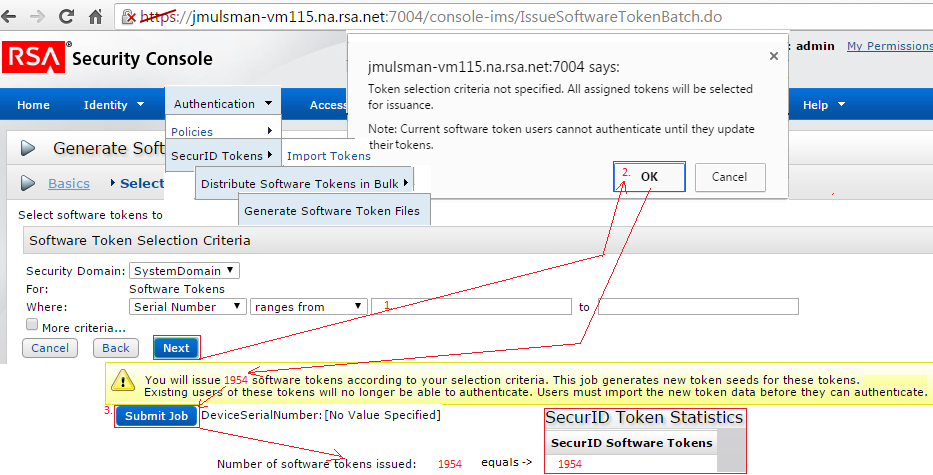 
Currently there is no simple or easy way to prevent this from happening.  There is currently an RFE in place (AM-30216) to change the bulk distribution of software tokens within Authentication Manager.

. The two options to resolve this issue if it happens in your deployment are as follows:

In Authentication Manager 6.1 and earlier, the token distribution process was called issuing software tokens.
Tags (58)
0 Likes
Was this article helpful? Yes No
Share
No ratings