User accounts belonging to AD groups are later given access to the same AD groups via a role.


A termination rule to trigger for terminated users with action to disable and delete the accounts will trigger when the user is terminated. 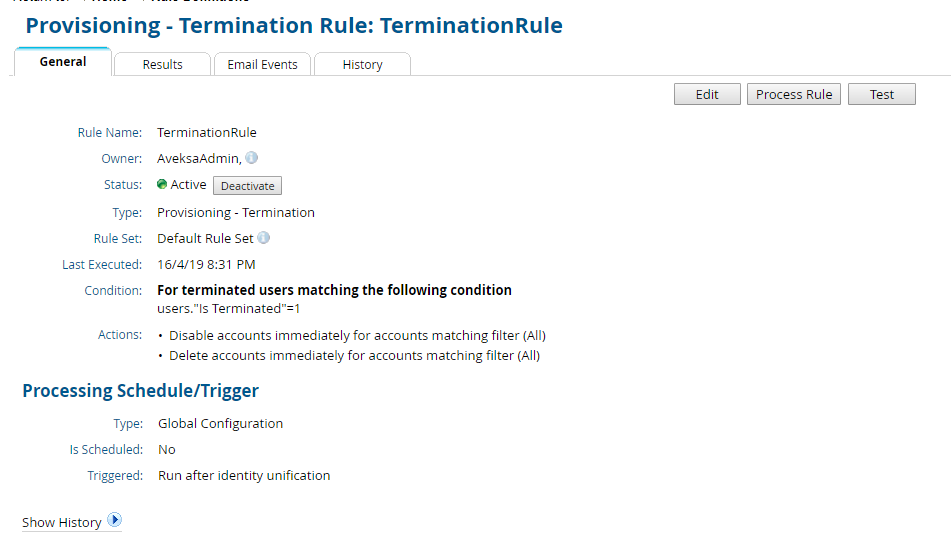 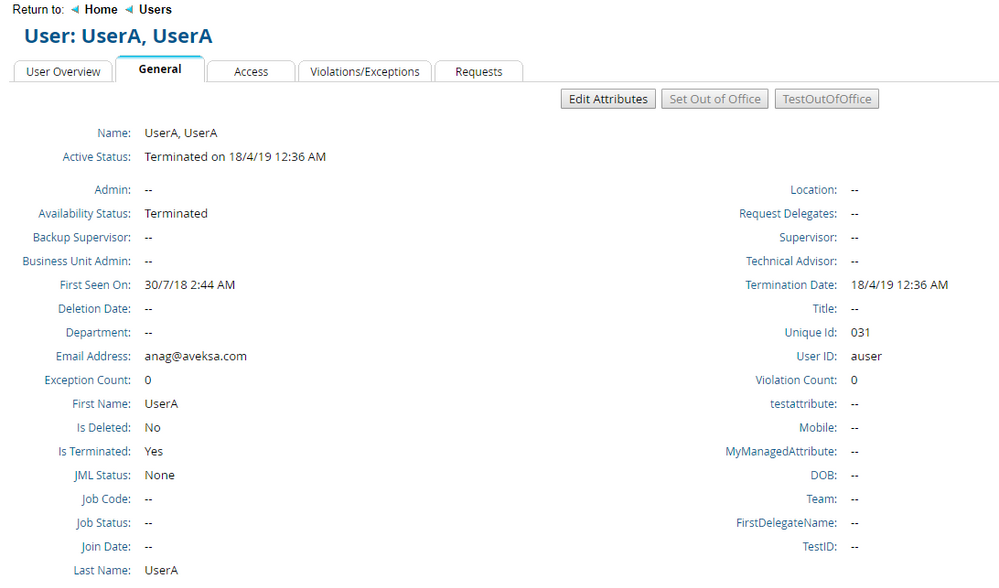 If you try to remove the access to role, the change request also tries to remove the indirect AD entitlement and the AFX fulfillment fails with an error: